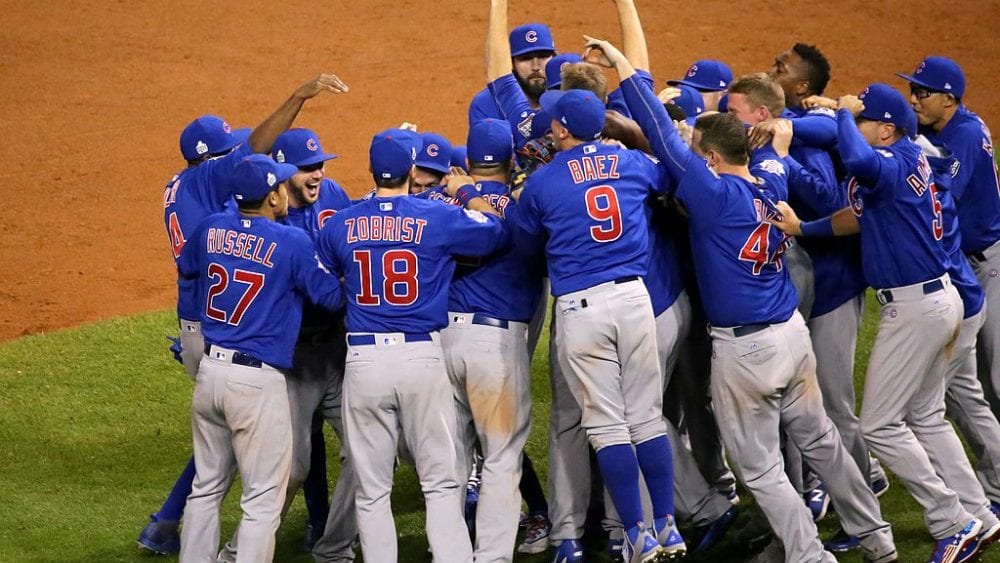 Article by John Bonazzo on the technology used by the Chicago Cubs to Win the World Series.

“Some of those cameras you see at baseball games aren’t recording the game for TV stations—they’re making skeletal models of the pitcher that can be used to improve his performance.

Cameras like this were key to the Chicago Cubs’ World Series victory last night. While the team no doubt used good old-fashioned baseball acumen to clinch their victory, they also had help from two companies doing pioneering work with big data.”

“…Founded in 2o13 in Florida, Kinatrax’ first MLB client was fittingly the Tampa Bay Rays—the company then partnered with the Cubs last year. KinaTrax utilizes markerless motion capture technology: Traditional motion capture (used in movies like Avatar) records movement through markers that are affixed to the body of the subject. But KinaTrax uses the principles of sports biomechanics(more simply, the physics of sports) to get a greater understanding of pitcher performance, without any bodily markers.

The KinaTrax hardware is a series of high speed cameras which can record 300 frames per second, and which are situated in the seating area of the stadium angled toward the pitcher’s mound. As the pitcher steps up to the plate, these cameras take synchronized 3D video of each pitch, creating a skeletal reconstruction of the player’s movements—these videos are then annotated and tagged.”